The following is an opinion article and does not necessarily reflect the opinions or position of Vision Times.

Trump won the support of the people

Trump won huge support from the people, even in these times of adversity. Trump ran for re-election as the President of the United States at a historical moment when the country was caught in the worst crisis ever. In 2016, Trump surprisingly won the election that shocked, angered, and struck fear into the “dark forces” in the United States.

The “dark forces” are to be found among Washington D.C.’s politicians, Wall Street’s financial giants, Silicon Valley’s high tech giants, and the U.S. mainstream media. Trump was referring to them when he said it was time to “drain the swamp in Washington.” Since the day Trump took office as the 45th President of the U.S. on January 20, 2017, these “dark forces” have been doing everything possible to run him out of office.

Wayne Root, a well-known conservative American author and the author of Amazon’s best-selling book titled Trump Rules, recently wrote that during the past four years, 95 percent of media reports about Trump were negative and 95 percent of the polls predicting Trump would lose the 2020 election were false. Trump was portrayed as evil, immoral, a racist, a Nazi, a white supremacist, despicable, and pathetic. Trump was also attacked on social media where seemingly millions of people wanted to see him assassinated, imprisoned, or even to die of COVID-19.

However, the most amazing thing is that in spite of everything, and in these extreme circumstances, Trump won 11 million more votes in 2020 than in 2016 (Trump received 62.97 million votes in 2016). Just imagine what he would have accomplished if there hadn’t been 95 percent negative media coverage, no Mueller’s investigation into Russian interference in the 2016 election linked to the Trump campaign, and no impeachment process?

Just before the election, Democratic Mayor Justin Taylor of Carbondale, Pennsylvania, an important swing state, publicly stood up and endorsed Trump. Mayor Taylor has been a Democrat his whole life but he said that the Democratic Party has changed and it is now moving toward socialism. So now, he was endorsing Trump. Taylor said that looking at the entire United States as a whole, from people’s enthusiasm for Trump and from the huge crowds at Trump’s rallies, it could be concluded that Trump was going to win huge in the election.

Many people could not believe it: On the night of November 3, Trump held a commanding lead, then suddenly Biden jumped ahead of Trump by a very irregular number of “votes” on the morning of November 4. On November 14, more than 500,000 Americans from all walks of life and different places gathered in Washington D.C to hold a massive “Stop the Steal” rally.

The “Stop the Steal” campaign continues in different ways in all 50 States of the United States. Kip Gates, a fifth-generation cowboy from Colorado, said that he would like to follow Trump on horseback to the end of the world.

Trump is a president with great faith

On February 2, 2017, Trump said at the National Prayer Breakfast:

“America is a nation of believers. In towns all across our land, it’s plain to see what we easily forget — so easily we forget this — that the quality of our lives is not defined by our material success, but by our spiritual success. I will tell you that. And I tell you that from somebody that has had material success and knows tremendous numbers of people with great material success — the most material success. Many of those people are very, very miserable, unhappy people. And I know a lot of people without that, but they have great families, they have great faith. They don’t have money — at least not nearly to the extent — and they’re happy. Those to me are the successful people, I have to tell you.”

As a powerful president of the United States and also a billionaire, it is truly startling that Trump would express such words. No matter what, this is the truth — Trump is a man of faith. When he saw that the United States was in danger, he resolutely gave up the opportunity to make a lot of money, enjoy life, and have fun. He brought his eldest daughter and son-in-law along to Washington D.C., volunteering for the American people and working hard for the American people wholeheartedly.

On the last two days before polling day of this 2020 election, the 74-year-old Trump held 10 consecutive rallies and gave speeches at each one. The last speech was delivered around 1:30 in the early morning, and it was after 3:00 a.m. that he returned to the White House. Trump has been and still is a relentless person who fulfills his responsibilities, yet he has suffered countless attacks. If a person did not have faith in God, he would never be able to endure such an assault.

The reason why Trump was able to overcome all difficulties since taking office as the President of the United States four years ago, was able to survive the four-year-long attack from virtually all the mainstream media, was able to overcome the three-year long Mueller Russia probe that cost US$30 million, and was able to create many miracles that spurred the American economy out of turbulence….. I think the main reason is: Trump is a man of firm faith.

Praying to God is one of the most important parts of Trump’s life. Trump said: “As long as we have God, we are never, ever alone. God will always give us solace, strength and comfort.”

When Trump ran for president in 2016, his opponent was Democrat Hillary Clinton. Clinton was once named as one of the 100 most influential lawyers in the United States.

On the other hand, Trump had no political experience prior to becoming president. He was also without the economic backing of Wall Street financial giants and without the technical backing of Silicon Valley high tech giants. Trump used his own wealth and personally contributed US$24.7 million to fund his own campaign.

Against all odds, Trump broke through all the resistance and finally succeeded in entering the White House.

After the Chinese Communist Party (CCP) joined the World Trade Organization (WTO) in 2001, it used money and pornography to infiltrate the United States and Western societies in a pervasive manner, causing the United States and all mankind to deviate widely from traditional and universal values.

When Trump came to power in 2016, he began to fundamentally reverse the U.S. policy of appeasement toward the CCP that had existed over previous decades. This stand led to the trade war over economics, politics, technology, diplomacy, finance, and also touched on Taiwan, Hong Kong, Tibet, Xinjiang, human rights, religion, and other fields in the containment of the CCP’s evil influence.

The 2020 U.S. election is the last chance for the globalist “dark forces” to combine together to overthrow Trump. If Trump wins the election, the CCP will face annihilation and a group of powerful figures in Washington will also go down.

As the saying goes: “Man proposes, God disposes.” No matter how powerful and rich you are, no matter what plans you make, it is ultimately God that determines how things will turn out.

Trump, who follows the will of God, will surely get blessings from God.

Regarding the accusations of fraud in the 2020 U.S. election, those who support Biden and those within the Biden group don’t have to show evidence to prove themselves innocent. U.S. mainstream media never mention this.

The final result of the U.S. 2020 election will possibly be decided by the Supreme Court of the United States. The serious and hard factual evidence will need to be submitted to the Supreme Court. What the truth is and what is fraudulent will show up. The justices will make their decisions upon those facts and the credence of the evidence.

Translated by Chua BC and edited by Michael Segarty 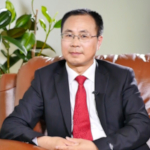 This article was written by Dr. Wang Youqun, a former member of the Standing Committee of the Political Bureau of the Communist Party of China and Secretary of the Central Commission for Discipline Inspection Wei Jianxing. He received political asylum in the U.S. where he now lives and works as a freelance writer.

President Joe Biden wasted no time in setting the tone for his administration’s legacy, issuing 15 executive orders and two presidential proclamations during the...
Read more
U.S.

A large migrant caravan of over a thousand Hondurans is moving toward the U.S. border. Migrants believe that Joe Biden’s administration will welcome them...
Read more
U.S.

Gratitude and Obligation: How Couples Stayed Together for Life in Ancient Times

World of the High-Altitude Gemstone Hunters of Karakorum

New Strains of the CCP Virus in More Than 50 Countries