Liu Xiaoqing at her book launch in Hong Kong on July 28. (Photo by Li Zhen)

Liu Xiaoqing is the only Chinese film star to win four best actress awards, and she has won best supporting actress and dozens of other acting awards. She was married four times, having finally found love with a Chinese-American businessman who was her fan for over 20 years. She is also an author.

The third book in her autobiographical series, entitled Rise from the Ashes, was launched in Hong Kong on July 28. She came to Hong Kong to support her new book and also share the ups and down of her life. 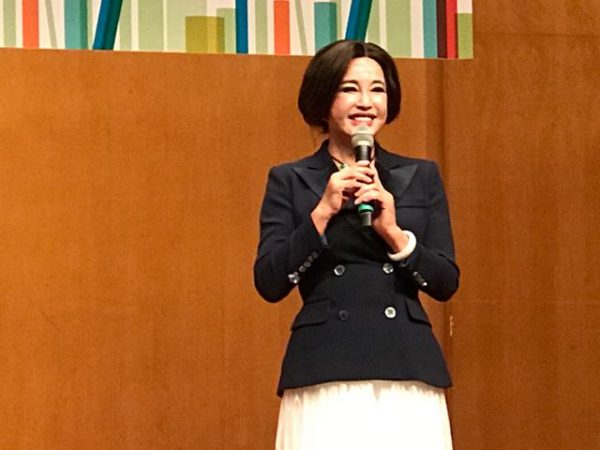 Liu appeared in a white skirt, dark blue coat, beautiful jade rings, and a large emerald necklace that enhanced her elegance and gracefulness. She looks much younger than her actual age. The audience was stunned at how she stays so young looking. Incidentally, she is one of the very few Chinese actresses that has not had cosmetic surgery.

At her book launch, she declared: “The tribulations in my life made me the woman I am today. My life has been more challenging than the roles I have played in films. All my tribulations made me a better woman. I worked through them to become what I am today.” The facts corroborate her statement.

She had been a peasant, a manual laborer, and joined the army until finally becoming an actress. Afterward, she started her own business and became a billionaire. However, at the height of her career, she was imprisoned for tax evasion. 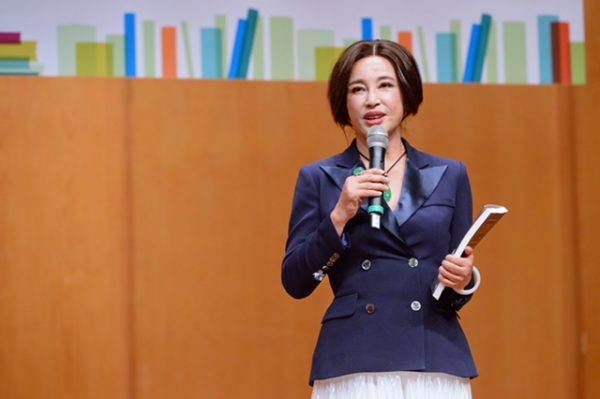 Her hair turned gray and she cried the whole first night, but the next day she set a schedule for herself. She jogged 8’000 steps in the cell and learned to read and write English. After nearly two years in jail, she was released, but she had no money. She restarted her career, taking the lowliest roles until once again getting offered the best roles. Her speech was repeatedly interrupted by applause.

Why she is extraordinary? She told the audience that while most beautiful women get famous through influential men, her success was the result of hard work and a positive outlook. She also declined an offer by the French government to be granted French citizenship. She wants to be on the Oscar stage as a Chinese actress, not as a French citizen.

I admire her courage and her life shows how, through adversity, one can become a better person. Well done, Liu Xiaoqing!

David was born in the Midwestern section of the U.S. during the turbulent sixties. At an early age he took an interest in music and during high school and college played lead guitar for various local bands. After graduating with a B.A. in Psychology, he left the local music scene to work on a road crew installing fiber optic cable on telephone poles in various cities. After having to climb up a rotted pole surrounded by fencing, he turned to the world of I.T. where he now shares laughter with his wife and tends to his beehives in between writing articles on Chinese culture and social issues.

4-Meter Reptile Found in the Belly of Prehistoric Marine Carnivore

The Complications of Teacher’s Day Gifts in China

Illegal WeChat Images Led to the Deportation of Chinese Students

How Many Years Is China Behind the UK in Its Development?