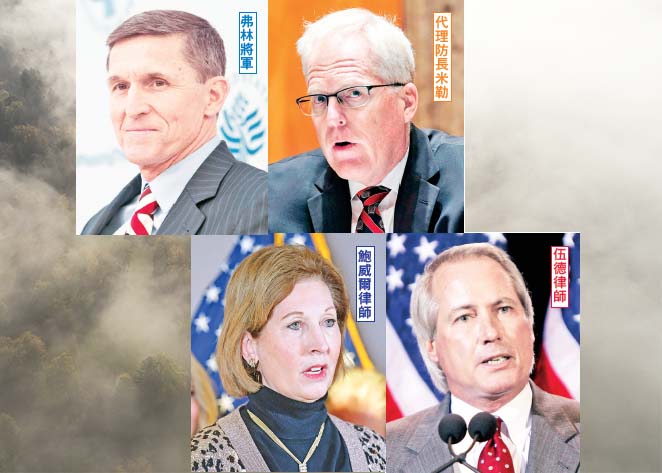 The post-election struggle between the Biden and Trump campaigns continues to escalate. As Sidney Powell’s “biblical” lawsuit gradually unfolds, the world is tantalized by intriguing signals over the past week.

On November 18, Twitter user “321C” (@schaumby) posted an analysis of “dominionvotingSYSTEMS.com” after seeing it listed as a file-sharing subdomain for Dominion Voting Systems. When the user traced where the website was hosted, he was brought to a “horribly insecure data center in Quanzhou, China.” Its A record (host record) pointed to a Hong Kong-based data center named Power Line Data Center. The search yielded 22 common vulnerabilities and exposures.

Special operations now report directly to the Secretary of Defense

On November 19, newly appointed Acting Secretary of Defense, Christopher Miller, announced that Special Operations Command would circumvent “current bureaucratic channels” and report directly to him for the first time.

Many government and intelligence agencies are suspected to be involved in the ongoing U.S. coup d’état. The move by the former National Counterterrorism Center director is seen as a way for the Trump administration to seize operational control and purge its ranks of traitors.

Former federal prosecutor Sidney Powell, who had worked alongside President Trump’s legal team after the election, told Newsmax in an interview on November 21 that she had explosive information about election fraud to launch “biblical lawsuits” and she was going to “blow up” Georgia as her first legal target.

However, on November 22, Trump’s legal team announced that Powell was working independently and that she was neither a member of Trump’s legal team nor President Trump’s personal attorney. In response, Powell released a statement to CBS News saying she understood the press release and would “continue to represent #WeThePeople who had their votes for Trump and other Republicans stolen by massive fraud through Dominion and Smartmatic, and [would] be filing suit soon. The chips will fall where they may, and we will defend the foundations of this great Republic. #KrakenOnSteroids”

News analyst Qin Peng reacted to the announcement by stating: “The voting software fraud is so widespread, even Republican politicians and government agencies are implicated in serious corruption. So Powell should not represent the Republican Party right now; she is the right person to represent the American people. This is a strategic and temporary separation, and there is no fundamental contradiction between the two sides. The most important thing for Team Trump now is to win the election, so there are trade-offs.”

Brad Raffensperger is Georgia’s Secretary of State and BleachBit is an open source software used to wipe computer disks.

One twitter user surmised: “Lin baits people. He has something and he wants them to know he has it.”

After previously attacking Powell on his show for not producing evidence of election fraud, FOX anchor Tucker Carlson did an about face on November 23 and slammed the election as being rigged, saying: “The 2020 Presidential Election was not fair. No honest person would claim that it was fair. On many level the system was rigged against one candidate in favor of another.” Carlson’s swift reversal was seen as another odd signal in the fog of war.

After American media announced Biden as the president-elect, Beijing and Moscow held off sending congratulatory messages to the Democrat. On November 25, China’s state media reported that Xi Jinping had finally sent a congratulatory note to Biden. Election media announced Biden’s victory. Xi was quoted as saying that China and the United States should “focus on cooperation and manage differences.”

On November 25, President Trump officially pardoned his former National Security Advisor General Michael Flynn, who was framed by the FBI in the “Russiagate” hoax.

As the former director of Defense Intelligence Agency under President Obama, Flynn knows the ins and outs of the intelligence community.  The presidential pardon may signal a new role for Flynn in the Trump administration.

Previous articleWhy You Should Maintain Good Posture and How to Do It
Next articleAmid Fraud Allegations, Only 3 Percent of Trump Voters Believe He Lost the Election to Biden

The Vaccination Credential Initiative (VCI) emerged on Thursday touting itself as a “coalition of public and private partners committed to empowering individuals with digital...
Read more
U.S.

David Curry, the CEO of the Christian charity Open Doors, warned that the Chinese Communist Party (CCP) of China is using the CCP Virus...
Read more

WHO Arrives in China For CCP Virus Investigation, but Beijing Blocks Inspector