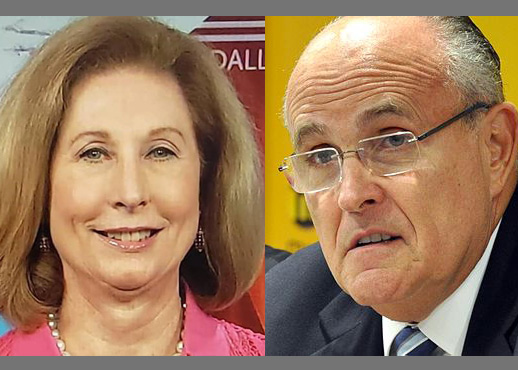 CIA, FBI, CISA and other departments involved: Fraud is deeper and broader than imagined

“It is indeed a very foul mess and it’s farther and wider and deeper than we ever thought. But we’re going to go after it and I’m going to expose every one of them.”

Mystery of the Scytl server

Days earlier, Texas Congressman Louis Gohmert revealed in a web conference that the US military had seized a server belonging to electronic vote counting firm Scytl in a raid in Frankfurt, Germany. The content of the server provided “strong evidence” of fraud in the US election.

Gohmert’s assertion was soon challenged by the Associated Press and German media, contending that the US military had no authority to conduct such a raid on foreign soil. They also noted that neither Scytl nor Dominion had operations in Germany.

Subsequently on Nov. 17, reporter Larry Johnson published an article on Gateway Pundit stating a raid was indeed carried out by the US European Command (USEUCOM) against a CIA facility in Germany. As a former counter terror official, Johnson had sources inside the US military. Citing reliable sources, Johnson wrote: “USEUCOM did in fact conduct an operation to take control of computer servers. But these servers belong to the CIA, not Dominion or Scytl. The U.S. military has full authority to do this because any CIA activity in the European theater is being conducted using military cover.”

He further reported that CIA Director Gina Haspel and FBI Director Christopher Wray were both excluded from this operation, because he believed they have been working to “undermine and sabotage Donald Trump”.

Following the dismissal of former Secretary of Defense Mark Esper on Nov. 9, Pres. Trump moved Christopher Miller from his post as director of National Counterterrorism Center to be the acting secretary. On Nov. 17, Pres. Trump fired the director of Cybersecurity and Infrastructure Security Agency (CISA) Chris Krebs after Krebs’ office released a statement asserting the 2020 elections were “the most secure in American history.”

During an interview with Maria Bartiromo of Fox News on Nov. 15, Sidney Powell expressed incredulity that CIA and relevant officials were unaware of the election fraud. For such a massive corruption on a national scale, Powell said CIA director Haspel “should be fired immediately.”

Powell then went on Newsmax TV on Nov. 17 to discuss Smartmatic, the software that runs on the Dominion voting machines. She cited a former high-ranking Venezuelan military officer, who testified that former Venezuelan president Hugo Chavez designed Smartmatic to rig elections.

The affidavit alleged the ability to change vote tallies was a “feature” of the devices.

According to public records, Smartmatic was founded by three Venezuelan engineers. It got into the electronic voting business after the 2000 US election controversy. Headquartered in London, Smartmatic’s chairman Lord Mark Malloch-Brown is known to be a top lieutenant of George Soros. He is a member on the global board of directors of the Soros Open Society Foundation.

Smartmatic is the holding company of Dominion. It also owns another major US voting system, Sequoia. The chairman of its US subsidiary, Peter Neffenger, was recently named a member of Biden’s transition team.

In addition to being financially backed by senior Democratic Party officials, it is staffed with known partisans.

“Don’t worry about the election, Trump’s not gonna win. I made f**king sure of that!”

The chats were intercepted by a data company employee named Joe Oltman, who had infiltrated ANTIFA and were able to capture their most confidential communications while posing as a supporter of the extremist group.

Once his support for ANTIFA and anti-Trump sentiments came to light, Coomer deleted his social media accounts and Dominion tried scrub its connection to him.

Election fraud may go beyond Dominion

In her interview with Bartiromo, Powell stated her concern that the problem went beyond Dominion: “I’m very concerned that it not only involved Dominion and Smartmatic software, but the software was essentially used by other election machines also. It’s the software that was the problem. Even their own manual explains how votes can be wiped away. It’s like drag-and-drop Trump votes to separate folder and delete that folder.”

Powell claimed that the Trump team had evidence that governors and secretaries of state were getting kickbacks for purchasing Dominion.

Amid continuing suspicion of fraud in the 2020 U.S. presidential election, the Trump campaign has taken its objections to the projected results...
Read more
U.S.

U.S. Democratic presidential contender Joe Biden has said that as president, he would forgive $10,000 in individuals’ student loans, including more relief...
Read more

Amid continuing suspicion of fraud in the 2020 U.S. presidential election, the Trump campaign has taken its objections to the projected results...
Read more

A New Theory: Water May Naturally Occur on All Rocky Planets

Life is deeply dependent on water, but where does water come from? Based on new research, researchers believe it may emerge in...
Read more

How to Conduct Preventive Maintenance for EVs

Electric vehicles are taking the world by storm. These news EVs are something of an enigma for drivers used to more traditional...
Read more

An urban heat island is an urban area that is significantly warmer than its surrounding rural areas. The temperature difference is typically...
Read more
Load more