On Father’s Day, we take a look back at the meaning of fatherhood, and its significance in our present-day society. It seems like wherever we turn, men and fathers are taking a beating, with the blaming of patriarchy for every problem under the sun. In short, fathers are taken for granted. But without fathers at home and men reneging on their fatherly responsibilities, sons and daughters will grow up handicapped and unequipped, physically and emotionally, to lead society when the baton passes on to them.

Great fathers have borne and reared great children. When a child goes on the wrong path, the father of the household should be held responsible. Let’s take a look at some fathers who have done well in their jobs of rearing exceptional sons.

Yue Fei is a legendary hero from ancient China. He is said to be a master martial artist and a brilliant general who fought back and secured the country for his emperor. He is said to have never lost a single battle, even when facing unimaginable odds. Yue Fei is known for his filial piety and loyalty to the emperor. Whenever we hear stories of Yue Fei and his exploits, his mother is often brought up. She was the one who tattooed “serve your country loyally” on his back when he was confused about whether to go fight for his country or stay back home and take care of his old parents. Not much is said about Yue Fei’s father, with some records claiming that he was killed early on.

But we now know that Yue Fei’s father, Yue He, was the one who inspired and supported the young Yue Fei and molded him into a capable and upright individual. Yue He was a respected and adored figure back in his hometown. He would share what little food his family had during times of famine, and was always in good spirits, even when other people took advantage of him.

It is said that children learn more from watching their parents than listening to them. Yue He was careful in bringing up his son; he wanted Yue Fei to be a well-rounded individual who was not only physically capable but also mentally astute; a scholar-warrior. For this, he hired private tutors who taught literature, calligraphy, and history. This was done alongside renowned martial artists and soldiers of the day, transforming Yue Fei from an obedient kid to a master of the arts.

This education enabled Yue Fei to be the greatest warrior in all of China, and build up an army to defend the empire against aggressors over and over again. Besides martial prowess, Yue Fei was a moral exemplar, never veering away from his values even in the face of imminent death. All this was due to the excellent tutelage of his father, Yue He.

“You don’t raise heroes, you raise sons. And if you treat them like sons, they’ll turn out to be heroes, even if it’s just in your own eyes.” —Walter M. Schirra, Sr.

Theodore Roosevelt (Teddy) was one of the greatest American presidents. A personification of manliness and vigor, he had a rather difficult childhood. Teddy was born weak. He was asthmatic, which often increased to crippling levels; his body was frail and his eyes near-sighted.

His father, Theodore Roosevelt Sr., couldn’t bear to see his son in such a poor state of health and one day said to him: “Theodore, you have the mind but you have not the body, and without the help of the body, the mind cannot go as far as it should. I am giving you the tools, but it is up to you to make your body.” Thus began the manning up of Theodore Roosevelt, who would rise up to be one of the most powerful people in the world. 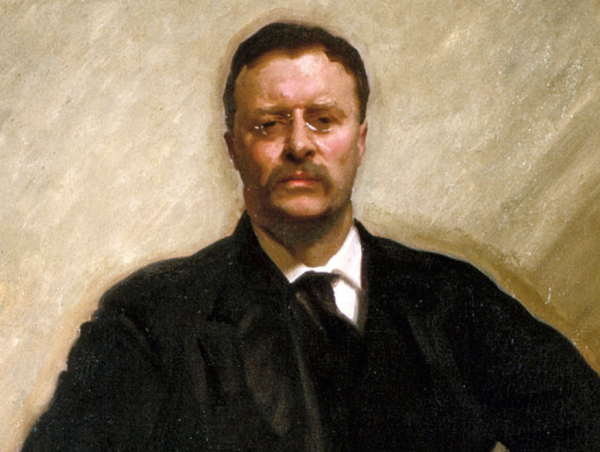 Unlike modern-day parents who set the bar extremely low and over-compliment their kids into complacency and a false sense of achievement, Theodore Roosevelt Sr. was very strict with all his children, especially Teddy. He was a humble man who never considered himself above others, in spite of his wealth. He was a merchant and worked hard, instilling the qualities of good honest labor into Teddy.

Teddy suffered from asthmatic conditions and would find it difficult to draw in a breath. His father would carry him all around the house just so he could get back his breath, and his lungs would function normally again. Teddy’s sister, Anna, was born with a curvature of the spine. His father would hire the best doctor, and go so far as to even start a hospital (New York Orthopedic Hospital) for treating such conditions. Besides this, he helped out in poorhouses and taught in Sunday Schools and founded the Children’s Aid Society.

From Teddy’s later writing, we know Theodore Roosevelt Sr. to be the “best man” he ever knew. He was strict as well as gentle, and always unselfish. He would not tolerate vices like cowardice, dishonesty, or uncleanliness in his children. For this, the children adored, feared, and greatly respected him.

In a letter, Teddy wrote of his father: “He really did combine the strength and courage and will and energy of the strongest man with the tenderness, cleanliness, and purity of a woman.” He taught Teddy to be manly and decent like all fathers should teach their sons.

Wish your father on this Father’s day, and if you are a father, do your best and raise children in the most responsible, disciplined, and compassionate ways that only you can.

Japanese people are admired for their genius, industriousness, grace, beauty, and culture. Although Japanese society is very fast-paced, over the millennia they have developed...
Read more
Lifestyle

Intermittent fasting (IF) is believed to help with weight loss by creating a net calorie deficit. It also helps regulate your metabolic health, which...
Read more
Lifestyle

Choose an Album for Deep Listening and Reclaim Your Calm

In today's rapidly changing times, people get caught up in their daily activities and forget to give themselves time for relaxation. The world is...
Read more

Will Chinese Citizens’ Individual Savings be Coaxed Into the Capital Markets?