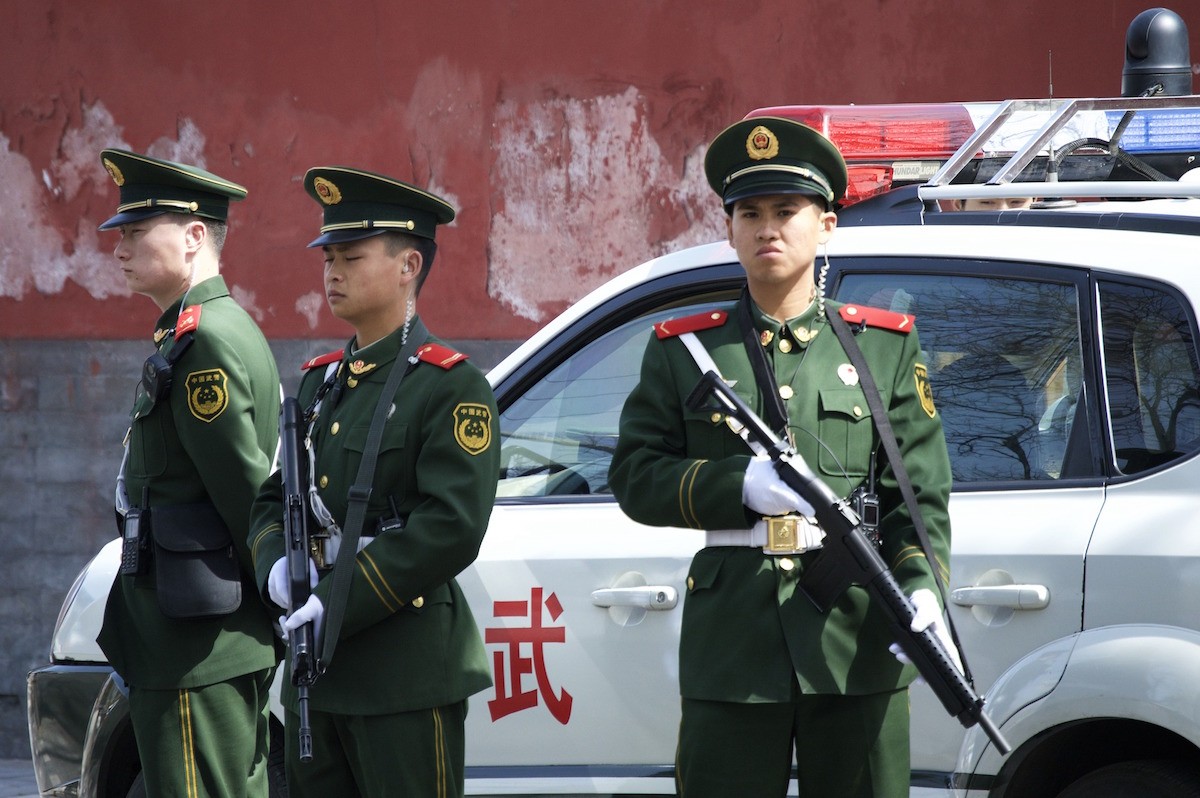 It’s “absolutely inexcusable” that China’s communist government has been allowed to “play by its own rules,” said a commissioner from the United States Commission on International Religious Freedom (USCIRF).

“There is no question that China is the world’s foremost violator of human rights and religious freedom,” said USCIRF Commissioner Johnnie Moore in comments included in the USCIRF’s China section as part of its 2020 Annual Report released April 28.

“It cannot be compared to any other country in the world, not only because of its inexcusable actions, but because of the way it aids and abets similar actions by other countries all around the world,” said Moore, who is also president of the Congress of Christian Leaders.

“Meanwhile, the international order, in pursuit of self-interest, continues to let China play by its own rules, and especially at the United Nations. This is absolutely inexcusable, and those nations around the world who ignore China’s malevolence may eventually find themselves subservient to it,” he said.

“It is past time for our world bodies, and our liberal democracies, to demand more from China.”

Earlier on April 8, the USCIRF condemned the selection of China to the UN Human Rights Council Consultative Group, which is made up of five member states tasked with screening initial applications and making recommendations for independent UN experts.

In the USCIRF report, China was one of 14 “countries of particular concern.”

The report’s key findings found that last year, religious freedom conditions in China continued to deteriorate and outlined instances of suppression and abuses.

“On April 1, a new regulation requiring religious venues to have legal representatives and professional accountants went into effect. Some smaller religious venues, especially in rural areas, found these requirements impossible to fulfil,” it said.

The report summarized the fate of Turkic Muslims in China’s far west.

“Independent experts estimate that between 900,000 and 1.8 million Uighur, Kazakh, Kyrgyz, and other Muslims have been detained in more than 1,300 concentration camps in Xinjiang — an estimate revised upward since the previous reporting period,” it said and the outlined reasons why people had been sent to these camps.

“Individuals have been sent to the camps for wearing long beards, refusing alcohol, or other behaviors authorities deem to be signs of ‘religious extremism,’” it said.

Some of the abuses meted out in these camps were described in the report.

“Former detainees report that they suffered torture, rape, sterilization, and other abuses,” it said.

“In addition, nearly half a million Muslim children have been separated from their families and placed in boarding schools,” it added.

The report then said that the camps increasingly transitioned from reeducation to forced labor as prisoners were made to work in cotton and textile factories.

“Outside the camps, the government continued to deploy officials to live with Muslim families and to report on any signs of ‘extremist’ religious behavior. Meanwhile, authorities in Xinjiang and other parts of China have destroyed or damaged thousands of mosques and removed Arabic-language signs from Muslim businesses,” said the report.

The report pointed out how the communist regime sustained its strategy of forced assimilation and suppression of Tibetan Buddhism, as showed by laws designed to control the next reincarnation of the Dalai Lama and those of other important Tibetan lamas.

“Monks and nuns who refused to denounce the Dalai Lama have been expelled from their monasteries, imprisoned, and tortured,” the report said, which also gave details of how authorities demolished residences at the Yachen Gar Tibetan Buddhist center in Sichuan Province and closed the Larung Gar Buddhist Academy to new enrolment.

“Authorities also intensified a crackdown on possessing or displaying photos of the Dalai Lama, continued to monitor religious festivals, and, in some areas, banned students from attending festivals during their school holidays,” it said.

The report said that the Chinese authorities raided or closed down hundreds of Protestant house churches last year. It noted that the regime released some of the Early Rain Covenant Church congregants arrested in December 2018, but in December 2019 its pastor, Wang Yi, was charged with “subversion of state power.”

See this Bitter Winter video related to the demolishing of a cross and the Chinese characters for “Christian Church” from a local Three-Self church in Linfen city in the northern province of Shanxi as per orders of the government:

Local authorities were continuous in their harassment of Catholic clerics, including the detaining of underground Bishop Guo Xijin and Bishop Cui Tai, who refused to join the state-aligned Catholic association.

“Several local governments, including Guangzho City, offered cash bounties for individuals who informed on underground churches. In addition, authorities across the country have removed crosses from churches, banned youth under the age of 18 from participating in religious services, and replaced images of Jesus Christ or the Virgin Mary with pictures of President Xi Jinping,” the report said.

The USCIRF said that according to reports, “thousands of Falun Gong practitioners were arrested during 2019 for practicing the movement’s meditation exercises or distributing literature about their beliefs.”

Practitioners of Falun Gong have been persecuted by the communist regime since 1999 and the report cited how practitioners have been targeted for forced organ harvesting.

“Human rights advocates and scientists presented evidence that the practice of harvesting organs from prisoners — many of whom are believed to be Falun Gong practitioners — continued on a significant scale,” the report said.

Watch a short documentary about the persecution of Falun Gong by Swoop Films here:

In addition, the report said there were widespread reports that authorities across mainland China had demolished Mahayana Buddhist, Daoist, and Confucian statues that they claimed were “unauthorized.”

Among the recommendations made by the USCIRF in their report was to impose targeted sanctions on Chinese government agencies and officials responsible for severe violations of religious freedom and publicly express concerns about Beijing hosting the 2022 Winter Olympic Games and state that U.S. government officials will not attend the event if the communist regime’s crackdown on religious freedom continues.

The USCIRF is an independent, bipartisan federal government entity established by the U.S. Congress to monitor, analyze, and report on threats to religious freedom abroad.

The USCIRF makes foreign policy recommendations to the President, the Secretary of State, and Congress intended to deter religious persecution and promote freedom of religion and belief.

With Injustice to Jimmy Lai, Communist China Looks to Retaliate Against the West

One of the world’s leading investigators into state-sanctioned forced organ harvesting in China has been honored with a human rights award in Canada. Human rights...
Read more