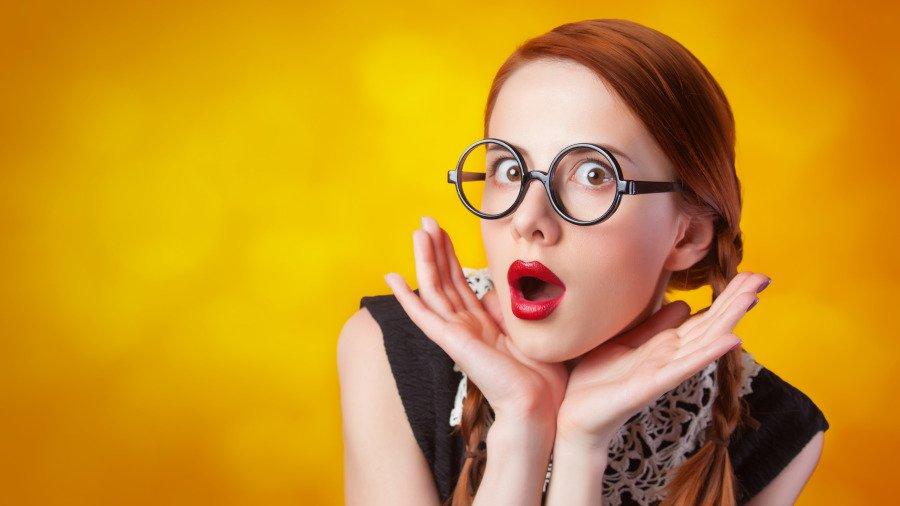 Here are some fun facts about many things you may never have considered even thinking about. But the more you know, the more you understand. So as fun as the following facts may be, they may also open your eyes to facts you never knew.

1. Do you know that baby elephants suck on their trunks like human babies suck on pacifiers?

2. The majority of the world’s gold is in the hands of Indian women. These Indian housewives own more gold jewelry than the existing amount of gold in the U.S., Switzerland, and Germany put together.

3. In 1982, a man succeeded in sneaking into Buckingham Palace. Enjoying cheddar cheese in the kitchen for half an hour initially, he then walked around the palace and finished half a bottle of white wine and sitting on the throne before entering the Queen’s bedroom.

4. Apples that you buy in the supermarkets were harvested 6-12 months ago. They are stored at low temperatures with low levels of oxygen to make them look fresh longer and more sellable.

5. Compared to the 230 bacterial types found in a toilet bowl, our navels harbor more than 1,500 kinds of germs, and many remain unidentified by scientists.

6. Many believe that the shape of an expectant mother’s belly tells the gender of the unborn baby. This is definitely a myth. Rather, the belly shape is more closely related to the height of the mother.

7. Australian truck driver Bill Morgan was in a coma for 12 days after a heart attack. He woke up miraculously when the doctor was about to turn off his life support. His life had a dramatic change after that near-death experience. He won a car worth of AU$17,000 when he bought a scratch-it lottery ticket.

The local Melbourne news decided to do a feature story on him. When the crew asked him to recreate the scene of him buying and scratching the winning lottery ticket, he ended up scratching another winning ticket for AU$250,000 and doing it live!

8. In the early 19th century, tomato ketchup was promoted as a cure for everything from diarrhea to jaundice, and it even came in a capsule form. Although it was proven to have no medicinal use later, ketchup has evolved and become everyone’s favorite sauce today.

9. The traditional reason why most of the doorknobs in public places are made of brass, an alloy of copper and zinc, is that brass exhibits an oligodynamic effect. This means it is toxic to mold, germs, and microorganisms, and makes cleaning them easier.

10. There are more lifeforms living on your skin than there are people on the planet. Yup, it’s true. According to scientists, we are born bacteria-free. But during the first years of our life, we begin to develop a microbiome.

11. This universe is one of the greatest mysteries to man. But an even more fun fact is that one in every five adults believes that aliens are hiding on our planet disguised as humans.

12. OK. Here comes a headscratcher. Maybe one of your aerodynamics experts out there can explain this one. “A single cloud can weigh more than 1 million pounds (453,592.4 kg).” Bet you didn’t know that! If you did, then great.

Translated by Cecilia and edited by Helen

Vision Times Staff
Vision Times is a kaleidoscopic view into the most interesting stories on the web. We also have a special talent for China stories — read About Us to find out why. Vision Times. Fascinating stuff.

6 Tips to Live a Healthy Life

Being blessed with good health is critical in enjoying a long, happy, and healthy life. If your body constantly remains weak and is plagued...
Read more
Lifestyle

There can be times when you experience some intense emotional pain or trauma that has a very strong influence on your psyche. No matter...
Read more
Lifestyle

Every driver knows that the more wear and tear a car experiences, the sooner it will break down and lose value. Therefore, continual checks...
Read more

In this age of email, only a few people would actually take the time to write a letter and send it through traditional post....
Read more

6 Movies to Stream on Netflix This Lockdown

Being alone in your home during lockdown can be boring and depressing. This is where video streaming websites like Netflix come to the rescue....
Read more

A new PEW research study has ranked China at the top of its Government Restrictions Index (GRI) out of 198 nations, noting that the...
Read more
Load more