To Help Prevent A Stroke, Avoid These Foods

The cold winter is typically when people consume nutritious food to enhance body strength. Many people prefer a heavy beef or pork-based soup, which can keep the body warm and supply nutrients. These types of soups are high in LDL cholesterol, especially those made from cuts of meat with a high-fat content. Therefore, for the sake of preventing heart disease or a stroke, heavy beef or pork-based soups should be avoided. The recommended alternatives are light soups containing a small amount of chicken or fish and with plenty of fresh vegetables.

Animal organs, such as the liver or kidneys, have extremely high LDL cholesterol, which is two to three times of that of lean muscle meat. For adults who need to reduce their risk of heart disease or a stroke, the American Heart Association recommends a diet low in LDL cholesterol. It is also widely believed that people who have gout should avoid eating organ meats, as they contain purine, a molecule associated with gout flare-ups. Furthermore, there can be a concern that animals that have been exposed to toxins and pesticides will have toxicity in their organs.

Deep-fried foods are often cooked in hydrogenated oils, which are very high in trans fats. These oils are often used because they give food a satisfying taste and crunch. But they’re not good for you. Trans fats raise LDL cholesterol levels, lower good (HDL) cholesterol levels, and raise your chances of having heart disease or a stroke.

Instead, drink water and light tea

Instead, it is suggested that water should be frequently consumed. Sufficient consumption of water is a requirement for keeping good health. Warm water is the best choice, as it can not only replenish body fluids, but also lower blood viscosity, which can help to prevent strokes. The benefits of drinking tea are also well known. Due to the antioxidants in tea, especially green tea, it is helpful in eradicating free radicals.

Knowing the warning signs of a stroke can save a life. A stroke is a medical emergency that occurs when the supply of blood to the brain is compromised by a clogged or burst artery. The National Stroke Association developed a great campaign to identify a stroke with the FAST acronym:

A — Arm: If someone suffers from a sudden weakness or paralysis on one side of the body, it could be a stroke. Ask the person to raise his/her arms, and if one drifts downward, call 911 immediately.

S — Speech: Sudden slurred speech or difficulty with words could be the sign of a stroke. Ask the person to talk, and if they have sudden difficulty, call 911 immediately.

T — Time: If you see any of these symptoms, call 911 immediately because time is essential when it comes to a stroke! This is because brain tissue is deprived of oxygen-rich blood when a stroke occurs, and brain cells begin to die. When a stroke continues without treatment, more brain damage occurs. That’s why fast, immediate care is essential. 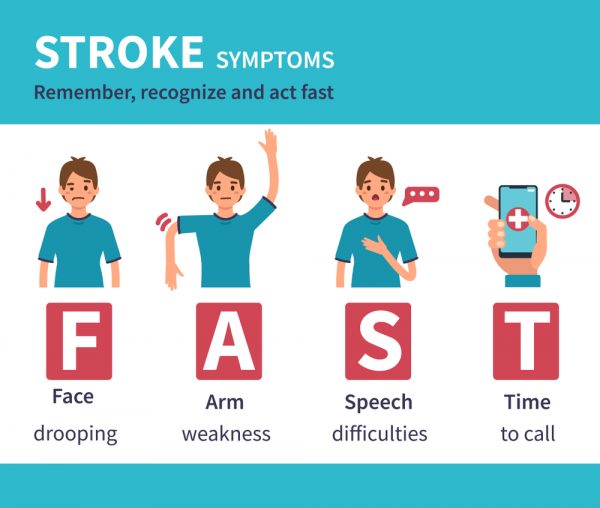 However, those aren’t the only signs of a stroke. Symptoms can really vary from person to person. This is because not all brain tissue is the same. For example, the left hemisphere of the brain controls language, so a stroke in this area could result in slurred speech, but no other symptoms.

So even if someone appears “normal,” any sudden symptoms could be a sign of a stroke, and emergency medical attention is needed. There are many different signs of a stroke, which can make it difficult to identify. The biggest rule of thumb is that if anyone suffers from sudden onset symptoms — from facial drooping to a piercing headache — it could be a stroke. When in doubt, call 911!

Coronavirus lockdown or not, self-isolation or not, regardless of the circumstances, people still need to take care of themselves even if you have no...
Read more
Health

Woodnest Cabins: Experience the Wilderness at Its Best

Come explore the Woodnest Cabins and experience the beauty of the wild. In recent times, there’s been a steadily growing trend of people living...
Read more
Health

Some people say that their brains don’t function well enough — why is that? Is it because the brain doesn’t have enough energy so...
Read more

A True Story: A Righteous Man Can Escape Disaster

India and China Clash at Sikkim Border in the Himalayas