From Chinese Antiquity, Tea Has a Long History 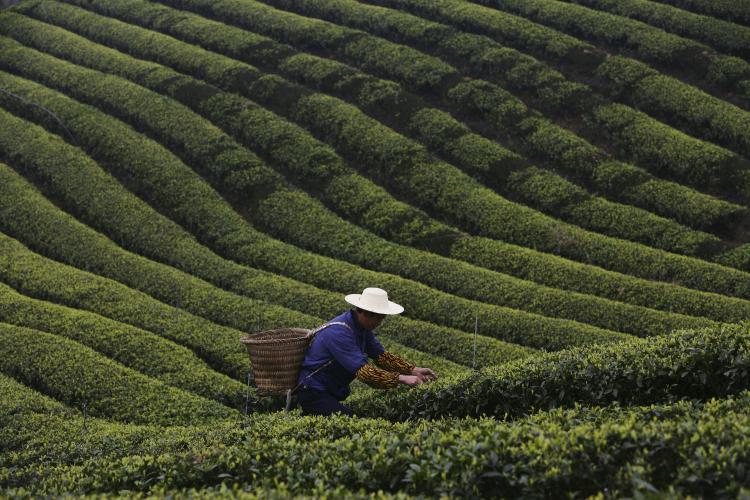 As one of the most popular drinks in the world, tea has celebrated a triumphant procession into almost every household. The tea plant’s rich history began in China, where the tradition of cultivating and enjoying tea is very old.

From medicine to a drink of the elite

The discovery and application of the tea plant reaches back to the archaize era, to the tribal chieftain Shennong (about 2800 B.C.).  According to tradition, Shennong investigated hundreds of wild growing herbs for their healing effects. Eventually, he wrote his acquired knowledge down in his book Shennong Bencao Jing.

The work indicates that Shennong considered tea a medicinal substance, and at first, Chinese may only have drunk tea as a medicine. At the beginning of the Zhou Dynasty (1046-771 B.C.) tea moved into the houses of royalty, which eventually established their own processes for preparing tea.

In those days, tea was not yet widely known as a beverage. Rather, the cooked tea leaves were eaten as garnish to rice and vegetables, and as a supplement, the tea served as a means for detoxification.

Tea first became a beverage during the Han Dynasty (202 B.C. – A.D. 220), especially among scholars. Due to the increase in tea consumption at that time, tea rituals at the imperial court gradually developed. When the emperor invited scholars to a reception, he served tea as a sign of strong appreciation. Later, tea became so popular that regents, such as Chancellor Zhu Ge, also known as Kong Ming, cultivated entire tea plantations during the time of the three empires (220-280). Appreciation for tea developed to such an extent that it also came to be placed in the graves of Chinese emperors, along with other goods.

However, until the Sui Dynasty (581-618), tea was reserved only for wealthy scholars, officials, and the imperial court. It was traded as a luxury commodity, which was not to be enjoyed by the common people. Not until during the Tang Dynasty (618-907) was tea finally spread among the people.

The emperor obliged tea-growing prefectures to pay a “tea tribute.” These tea tributes had to be delivered before the Qingming festival (around April 5, on the Chinese lunar calendar) so that the tea could be served at the royal household during the Qingming festival. Within the imperial court itself, concubines competed against each other in preparing tea for the affection of the emperor.  Regular contests in this discipline were scheduled at the imperial court.

Finally, tea celebrated its zenith with the invention of the tea ceremony “Chadao” by the scholar Lu Yu (713-756). In his book Cha Jing (literally Tea Scripture), he describes the preparation and drinking of tea as an artistic process, which includes drying the leaves, selecting the water, the teapot and cups to use, and the procedure of tasting it. Inspired by the Confucian idea of harmony, the Buddhist principle of truthfulness, and Taoist teachings on the unity of men and nature, Lu Yu found that drinking tea was a kind of spiritual enrichment.

To express their appreciation for tea, scholars in the Song Dynasty (960-1279) also composed poetry. Meanwhile, at court, it was customary to pay tea tribute in the form of briquettes. The briquettes consisted of ground tea leaves, which, in a complicated manufacturing process, were pressed into exquisite dragon and phoenix motifs. The demand for Chinese tea and tea bowls also increased; the most popular dishes at that time were black porcelain.

The Song Dynasty was followed by the Yuan Dynasty (1271-1368), which implemented the simplification of tea culture through the foreign rule of the Mongolians. Tea continued to be popular, yet the former appreciation was missing. Practices such as the tea ceremony only remained among scholars.

The last recovery of tea culture took place during the Qing Dynasty (1644-1922) through the development tea houses. The custom used by the authorities at that time, to receive foreign guests and serve them tea, eventually added to the spreading of tea drinking across the world.

As a suitable accessory, one could use a Yixing or Yinko small pot. The smaller the container, the better the tea will come to bear. The ration of tea to water should be about 1:3. Ideal water temperature for green tea with open leaves is about 80-85°C (176-185°F). Stronger fermented teas can be up to 95°C (203°F). Let the tea brew for about 30 to 60 seconds.

HINT: At the beginning, the temperature should be higher and the brewing time shorter. From the third to sixth pouring, only a short brewing time at low temperature is necessary. When the intensity of the taste diminishes, one can increase the water temperature. The tea will change its character from pouring to pouring.

Bombarded by Obscenities From Communist China, Pompeo Doubles Down on Sanctions

A record bounty of HK$10 million is being offered to capture suspects who attacked an Ant Group investor nicknamed "Cash Cow", a...
Read more

The Holocaust is one of the biggest genocides of the 20th century that has left a huge impact...
Read more

Researchers at the Paul Scherrer Institute PSI, together with colleagues from several other European institutions, have investigated whether particulate matter from certain...
Read more
Load more